8.1 Why Communication Security is Important

The foundation of human culture is our ability to communicate with our friends, families, neighbors and community. Communication is how we can grow our businesses, clubs, teams, social networks and even political movements.

Being able to communicate openly, freely and securely is also the best way to solve problems and resolve conflicts – both of which require the ability to share and hear all points of view. Free, open communication is also the basis of the scientific method and is essential to critical thinking. 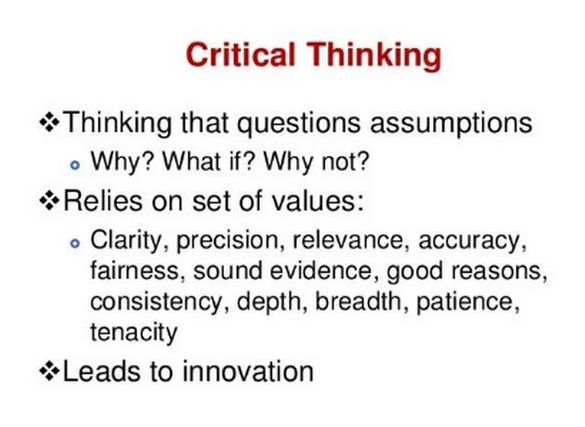 Sadly, we are currently living in an age of censorship which is severely damaging our economy, our relationships, our communities, our ability to solve problems and our ability to create political change. This censorship is often hidden. It is used by those in power to prevent us from organizing and from sharing information. 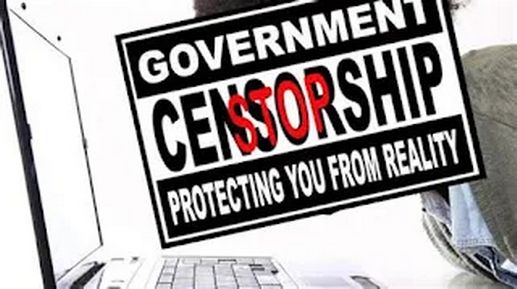 Here are just three examples of this hidden censorship.

In 2008, after the economic collapse caused by Wall Street Banks piling up billions in gambling debts, these reckless bankers were rescued by trillions of dollars in bailouts by the corrupt US Congress. Meanwhile, millions of Americans lost their homes, their businesses and their life savings. It was the greatest transfer of wealth in human history. In response, my wife Elizabeth and a few of her friends formed a Facebook group called Occupy the Money System to expose this crime and to advocate for public banks, such as the Bank of North Dakota, as an alternative to the corrupt Wall Street banks. Her group quickly gathered more than 10,000 “Friends.” In response, the billionaires who control Facebook, began shadowing banning her posts – by not sharing them with her Friends. In a matter of weeks, there was no more communication. The corrupt Wall Street banks are still getting billions of tax payer dollars every year from our corrupt Congress. 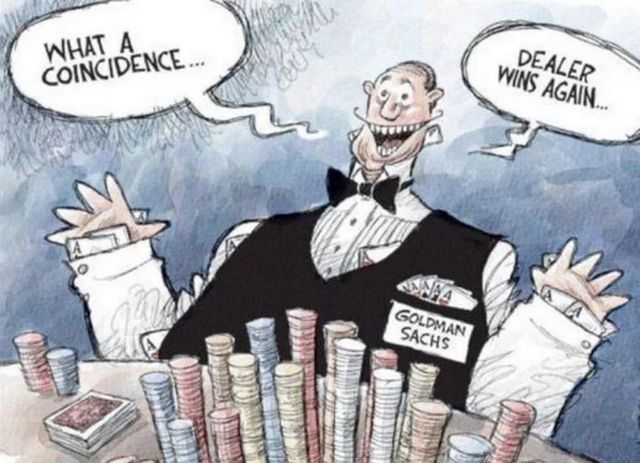 The second example was more recent and more local. In 2020, when mask mandates and shot mandates were imposed on our public schools, a group of local parents formed a Facebook group to share information about the drawbacks of masks and shots and to organize protests at local school board meetings. They quickly had more than 900 members. However, in a matter of weeks, Facebook deleted their group. For nearly two years, millions of students were required to wear masks – despite the fact that the masks harmed learning, harm physical, emotional and social development and despite the fact that children do not have ACE 2 receptors and are therefore not able to get or transmit the corona virus. 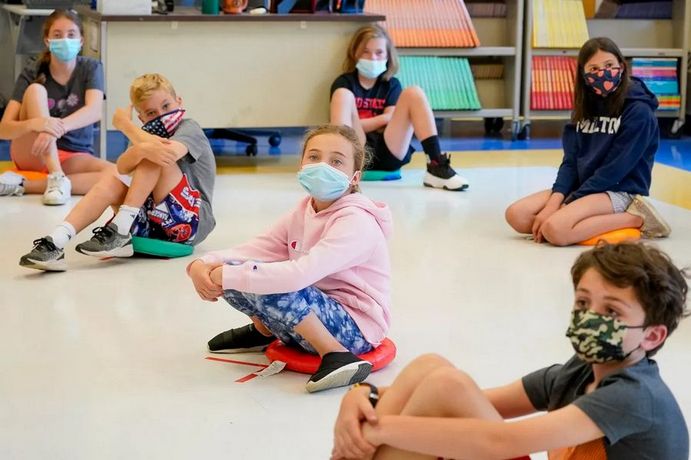 The final example is a local business owner whose in person store was illegally shut down by the mandatory government lock down. The business owner created an online store to continue to sell their products. Sadly, the website building tool they used required a Facebook account to log into the website administration pages. This person spent more than a year building hundreds of product pages in their online store. However, they were accused of posting something objectionable to their Instagram page – and their page was shut down. Because Instagram is controlled by Facebook, their Facebook page was also closed. And because their online store account was linked to their Facebook account, their online store account was also closed. More than a years work was lost as well as access to all of their customers. 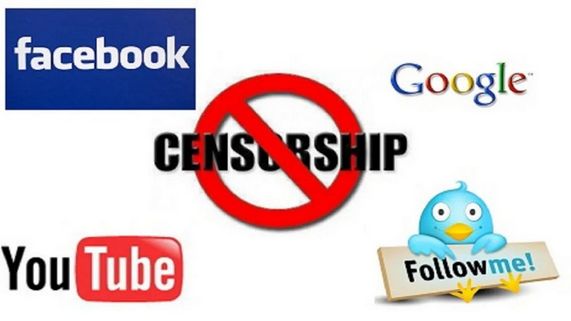 Recently, the FBI has seized documents from a former President, and seized the phone of a member of Congress who was connected to former Justice Department official Jeffery Clark – who had the audacity of questioning the results of the 2020 election. It is certain that the FBI already knows what is on this phone. Clark recently had his home searched by the FBI. Neither Clark or Perry have been charged with any crimes.

But the problem is much worse than this. Thanks to the 2001 Patriot Act, those in power have shut down tens of thousands of small business and social change websites without a single court hearing – with more being shut down every day. Even worse, millions of websites have been attacked and shut down by hackers – with tools created by the US Government – resulting in billions of dollars in losses. The situation is so bad that today, every Windows and Apple computer is infected by government created malware called UEFI which allows the government to remotely turn off and brick our computers if we say or do anything that our corrupt government does not like. This is also true of our Android and Apple phones.

The Truth about Telegram and Signal
In response to draconian censorship, many have fled Facebook and Twitter and now communicate on so-called Privacy and Free Speech respecting platforms such as Telegram and Signal. But these platforms are only as secure at the devices you use to access them. There is no security in setting up a Telegram or Signal group if your members are using Windows computers, Apple computers or Android phones to access the platform.

While it is not difficult to add a Telegram or Signal account to your Linux laptop or your Linux phone, I still have concerns about the security of communication on these platforms. Given the important of secure communications, here are some questions we should all be asking:

Telegram
Telegram currently has more than 700 million active monthly users and more than one billion downloads. It is claimed to be the most popular communications app in the world. Telegram was launched by a Russian billionaire on August 14 2013. It is organized as a LLC or Limited Liability Corporation in Dubai. Telegram launched their Android app on October 20 2013. Currently, Telegram is estimated to be worth $40 billion.

In 2021, Telegram confirmed that it had blocked hundreds of right wing channels with tens of thousands of followers. In fact, they had banned more than 350,000 channels. In August 2021, Telegram was one of several Social Media Companies whose records were demanded by the US Congress. Other platforms required to turn over all of their data included Facebook, Twitter, YouTube, Gab, Parlor, Reddit, Snapchat, TikTok, Twitch and Zello.

In the September 2021 Russian election, Telegram caved to what it called “pressure from Google and Apple” by deleting thousands of accounts critical of Vladimir Putin. Telegram claimed that Apple and Google had threatened to take down the Telegram app from their app stores. Hundreds of millions of people who thought their posts were private have had their accounts exposed over the past 7 years.

Telegram requires either an Apple or Android phone to create an account. If Telegram actually cared about security, they would not be promoting either Android or Apple. The data generated by Telegram users is stored on servers located in Dubai and several other locations around the world. Telegram software is closed source and proprietary – meaning that it can not be inspected. In addition, it is not possible for you to set up your own Telegram server in order to control your own data. I am therefore not a fan of Telegram and will not promote it.

Signal uses AWS and MS Azure to host their servers!
In 2021, Elon Musk encouraged all of his Twitter followers to use Signal in replace of or in addition to Twitter. His recommendation caused Signal to explode from 10 million users to 50 million users in a single day. Signal is also the app recommended by Edward Snowden. So is Signal really secure and private? Let’s see.

As on WhatsApp and Telegram, Signal uses your Android or Apple mobile number to identify you to your contacts, so there are no new usernames or passwords to remember. However, Signal does not store any user data (other than your phone number) and therefore can not hand over your data to hackers or to the government. However, Signal does store the phone numbers of your Contacts. In addition, Signal is an open source program – making it much more secure than Telegram.

In 2014, the head of security research left Twitter and cofounded Signal as a 501c3 US non-profit organization. In 2018, a former Facebook and Whatsapp programmer provided $50 million to start the Signal Foundation.

You can create groups on Signal, but each group is limited to 150 members. You can also share files but each file is limited to 100MB. You can also use Signal on your Linux laptop, and link the account to the one on your Linux or Android phone. However, the chat history on your phone is not transferred to your laptop when you do link the two devices together. This is because all Signal messages are only stored on the individual device. So all prior messages are just stored on your phone. This also means that if you get rid of your old phone you will also lose all Signal information and messages that are on that phone. You can however download information off of that phone before you change phones or phone numbers and manually download it to a different devices such as your Linux laptop. You can also lose access to your messages and account if you forget your PIN number.

Sadly, Signal uses Amazon Web Services and Microsoft Azure Servers to run their network and their databases. This is a huge security flaw. For example, Amazon and Microsoft could comply with a US government order to shut them down (just as they shut down Parlor) and Signal would be off line in less than 24 hours. Protonmail offered to host Signal for free on their Swiss server. However, Signal did not respond to this offer.

Can we download and set up our own signal server? The answer appears to be no. However, you can install a Signal alternative on your server if you have your own VPS!

Benefits of setting up your own social network
You control the data. No phone numbers are required. You mobile phone number stays private. No ads. No tracking. No data mining. You can structure your own groups and can create a community website where users can collaborate, share messages, news, videos and images freely. Every user can create their own Profile Page and post messages along with attached media files (photos, audio, documents, embedded videos). Just like Facebook you can set up your own commenting system, email notifications, search posts.

What’s Next?
In our next article, we will review free open source options for creating your own social network and then look at how to install it on your Hestia VPS.